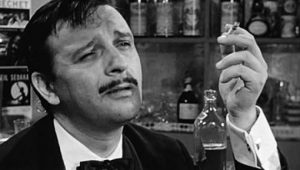 The event is organized by the Embassy of the Republic of Italy and the Cinematheque of Macedonia, and is dedicated to the centenary of the birth of Ferdinando “Fred” Buscaglione (November 23, 1921 – February 3, 1960),

Italian musician, singer and poly-instrumentalist, who was popular in the late fifties.His first single in 1955 sold one million copies. In his songs and in the movies he starred in, Fred was the personification of a comic gangster prone to good whiskey and beautiful women. 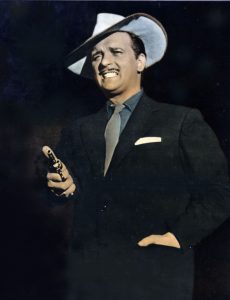 His roles were inspired by the films with Clark Gable and the novelistic characters of “Pulp Fiction” writer Mickey Spillane.The films with which he left a mark before his untimely death in a car accident near Rome are: WHATTA BABE! (Che bambola), THERESA, DO NOT SHOOT! (Teresa non sparare )YOU WERE SMALL LIKE THAT (Eri piccola così ) , Look, What A (beautiful) Moon), LOVE IN PORTOFINO (Porfirio Villarosa; caricature depiction of the world popular playboy and car racer Porfirio Rubirosa), EASY WHISKEY.

The screening of the film is followed by a tribute concert by the band Nyx, inspired by the music of Fred Buscaglione. Nyx members are Slobodan Tanaskovski (vocals, flute and p

iano), Darko Jovanov (acoustic guitar) and Kristijan Todorov (drums and percussion) The screening of the film and the concert will take place in compliance with the health protocols. Age category: 14 years Ticket: free entry