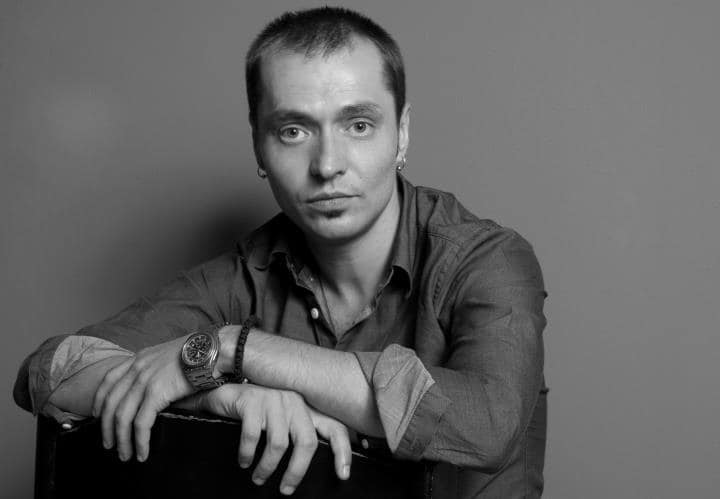 Macedonian film and theater actor SlavisaKajevski tragically lost his life.
Kajevski was born on February 1, 1982, in Skopje. He graduated from the University “St. Cyril and Methodius ”, at the Faculty of Dramatic Arts, Skopje, at the Department of Acting, in the class of prof. Vladimir Milchin, in 2005. Since 2010 he is an actor in the Macedonian National Theater – Skopje.

SlavisaKajevski has acted in several domestic films and international co-productions. SlavisaKajevski’s filmography records roles as Phantom in “Homo”, Andy Gomez in “Baaghi”, Surla in “Hey”, Piki in “The Red Room”, Pavel Kirov in “The Last Macedonians”, The Voice in “Skopje Remixed” , The Little One in “This Is Not an American Movie”, Jane in “Some Different Stories”, Pavel in “Inverted”, The Soldier in “Watchtower”, The Boy with the Mask in “Bal-kan-kan” and others.

The short film THE RED ROOM by KosaraMitic

“You left us confused, in pain and in disbelief! You left us in deep sorrow! It remains to be imagined what else you could do in life, on the theater stage and in front of the cameras! You will always be part of the heart of the theater and you will never be part of a past tense, but part of us, here and now. For those who know you, there is a void left in their soul and on the stage of MNT because of your omnipresence on stage as a faithful colleague, friend and person. “We were left without your unreserved love and support, your emotionality and care for all colleagues behind the scenes,” reads the statement of the MNT theater on the occasion of the actor’s departure.

Kajevski’s theatrical portfolio includes roles such as Clegg in „Hangers“, Lennox in „Macbeth“, SemyonSemjeevichMedvedenko in „Gull“, Mile Prlic from „No Man’s Land“, The Emperor in „Aladdin’s Adventures“, The Guild in„The Siljanstork stanza“, The Father in „Solaris“, Sergei Alexandrovich in „Life is Beautiful“, „Terrorism“, Agamemnon and Euripides in „Electra“, Father Till in „The Blue Bird“, Ozrik and Oedipus Rex in „The Elsinore Affair“, Gottfried Nyezeker„The Eternal House“

Gren in “The Rise and Fall of the Cabaret”, “Decameron”, “Life is a Dream”, John and Angele in “Money is Stupefying”, Corubin in “The Wedding of Figaro”, Tibalt in “Romeo and Juliet”, “Devils”, “Faust”, “Troilus and Cressida”, “Court”, “Flight in three heads”, Hand in “Mrs. Minister”, Jimmy in “Wave of the Wind”, Messenger in “Mara / USA”, MaroMaroev in “DundoMaroe”, Morris in “Dracula”…
The commemoration on the occasion of Kajevski’s death will be held on Friday, December 3, 2021 at 10 am, at MNT.