Within the Film Documentation Department at the Cinematheque, there is also a collection of museum exhibits. The collection was created since the establishment of the Cinematheque, but its expansion, in the early years, was individual and partial. In 1979, several old exhibits from film equipment (projectors, projection lamps, the latest gramophone records, cinema amplifiers) were collected as the basis for the film museum. Apart from the old movie projectors from the cinemas throughout the country, the collection was enriched with the purchase of private photography equipment and other artifacts.

On June 30, 1983, as part of the complex of the Museums of Macedonia, the Museum of the Cinematheque was opened with a permanent museum exhibition and a cinema with a capacity of 100 seats. The regular cinema film program started in this cinema.

In 2003, the personal fund of Nakje Tukfekjdjiev from Sweden was established, who donated 70 film-museum exhibits, which later was enriched with new 87 exhibits.

With the relocation of the Cinematheque, in 2006, in the new premises in the building of the “Drugarce” library, a permanent museum exhibition was set up. 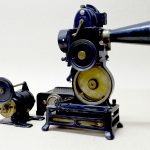 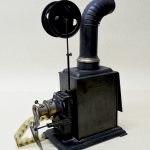 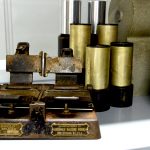 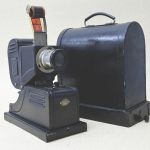 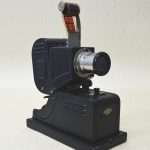 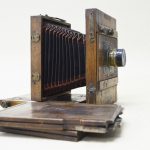 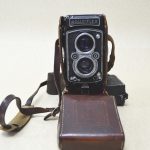 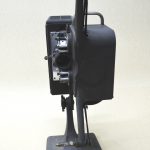 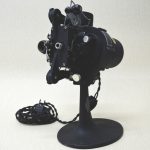 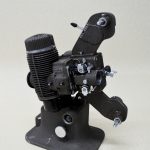 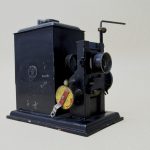 In 2007, the Cinematheque received a large donation from Vasil Dundas, a Macedonian who has lived and worked in Canada for many years, consisting of 88 sets of films, museum exhibits, posters and propaganda material. The museum collection was enriched with 34 new exhibits (photo cameras, cameras and projectors) from the collector Zvonimir Budimirovic.

Since 2009, a special depot for museum exhibits has been built and thence from started its systematic collection, storage, processing and presentation. Today, the Cinematheque has 424 museum exhibits, of which more important are 69 film projectors, 40 cameras and 118 cameras. In addition to the above mentioned, the donations from Dimitrie Osmanli, Julia Pandevska and Emil Ruben are especially important.