Protection of film and film materials – basic work of the Cinematheque 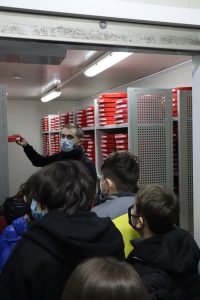 On November 30 and December 1, guests at the Cinematheque were students from the private primary school “Jahja Kemal”, and through a conversation with filmologistsLidijaKirovska and ArsimLeskovica, got acquainted with the work of the Cinematheque.
In the Cinematheque’s cinema hall, film experts and students discussed film and film material, as well as ways to digitalize and restore the film’s wealth.

The filmologistLidijaKirovska spoke about the organizational set-up of the Cinematheque and the work of all three departments: the Department for collection, protection, processing, storage of audiovisual goods and film documentation (written and photographic documentation and museum exhibits), the Department for research, publishing and library activity, international , public activity and film program and the Department of administrative, legal affairs, human resources and material financial operations. Meanwhile, filmologistArsimLekskovica explained to the young visitors the work of the department for collecting, protecting, processing, storing audiovisual goods and film documentation.
At the end of the visit – all together they visited the film depots and the special chambers of the Cinematheque, where the film tapes and other materials are kept, and talked about the 35 mm film tape – and followed a control session for reviewing the film tape. In addition, they saw the collection of digital film media where mandatory digital copies of films from Macedonian production are kept. 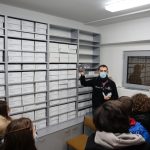 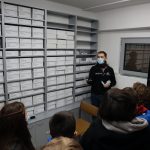 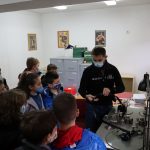 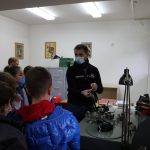 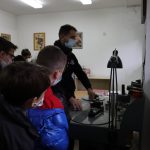 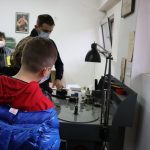 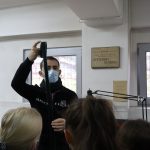 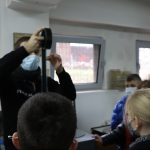 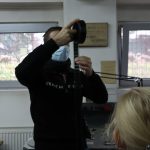 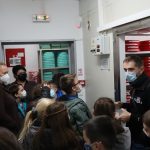 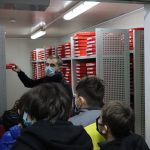 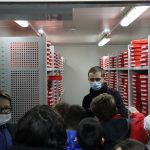 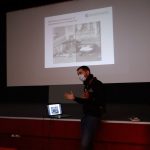 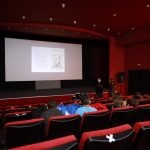 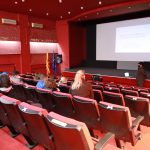